Metropolitan Los Angeles is being squeezed from south to north at 8-9 mm/yr (⅓ inch per year), about one-fourth the rate your fingernails grow. This squeeze was the ultimate driving force behind the 1971 San Fernando, 1987 Whittier Narrows and 1994 Northridge earthquakes, three days Angelenos need no reminder of. These tremors were “thrust” earthquakes, in which the top side of the fault is thrust up and over the bottom side – the optimal way to accommodate a tectonic squeeze. The tolls of these earthquakes prompt a natural question. 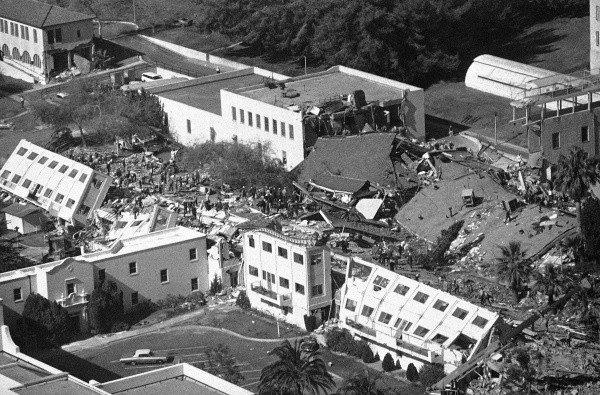