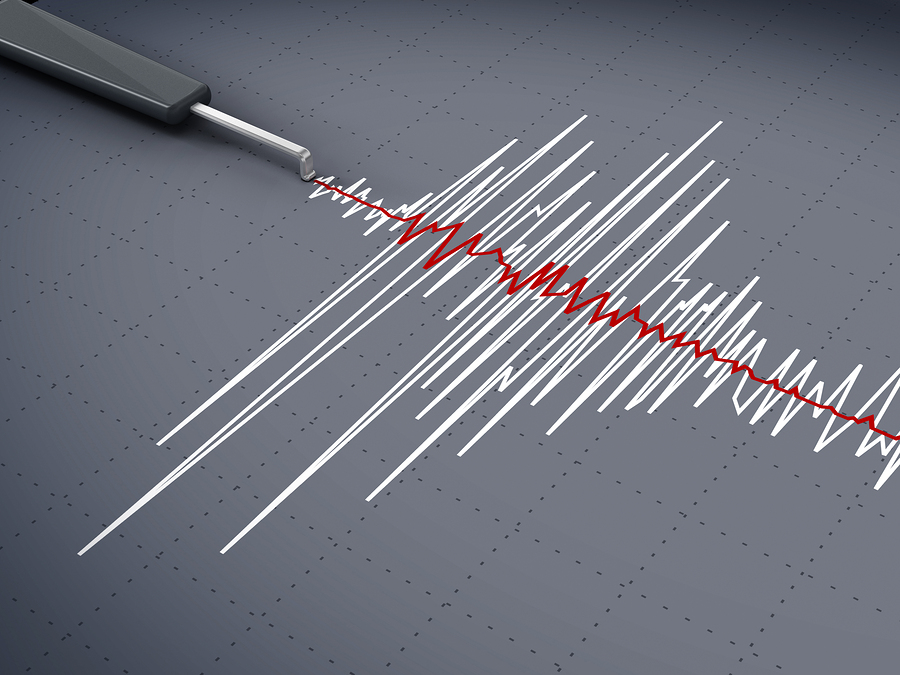 Gary Wong is Director of Applications Engineering at Instor Solutions.

Of all the natural disasters that can affect data centers, earthquakes are among the most damaging. Given the data center industry’s continued growth and expansion throughout California, these potentially catastrophic events are always top of mind for data center owners and operators.

With the passing of the 27th anniversary of the 6.9-magnitude Loma Prieta earthquake, centered within 10 miles of Santa Cruz, now is the time for data centers across California and other areas prone to seismic activity to reevaluate their earthquake disaster strategies and look at the availability of proactive protection plans.

Across the world, there are an estimated 500,000 detectable earthquakes each year; 10,000 in the area of Southern California alone. These sobering facts lead to some important questions: If an earthquake like the Loma Prieta were to strike again, how are data centers better protected now than 27 years ago? What would the projected loss be to your company and customers if a major earthquake hit? What is your company doing to protect the valuable data and physical assets in your facility?

Earthquake damage can be particularly devastating to the data center industry for a variety of reasons. Going beyond the health and safety of its staff, the loss of uptime resulting from an earthquake can be financially devastating. If a seismic event occurs and the facility is unprotected, the physical damage to servers and IT equipment can also be beyond repair. This combination of loss of equipment and downtime for clients will likely result in the loss of the business in its entirety.

While we have yet to develop the technology to accurately predict where and when an earthquake will take place, there are precautions that owners and operators can take to help protect data centers from substantial earthquake damage. Whether planning a new build or retrofitting an existing facility, these forms of seismic planning should be a priority. 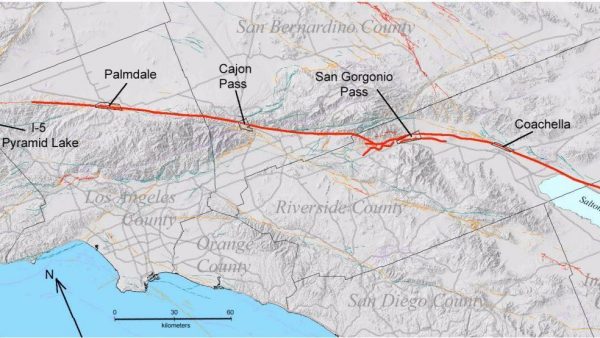 As Interstate 10 snakes through the mountains and toward the golf courses, housing tracts and resorts of the Coachella Valley, it crosses the dusty slopes of the San Gorgonio Pass.

The pass is best known for the spinning wind turbines that line it. But for geologists, the narrow desert canyon is something of a canary in the coal mine for what they expect will be a major earthquake coming from the San Andreas fault. 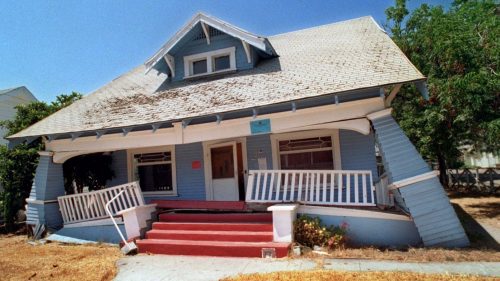 Fear of earthquakes is part of life in California.

But people experience this anxiety in different ways. For some, the fear prompts them to take steps to protect themselves: strapping down heavy furniture, securing kitchen cabinets and retrofitting homes and apartments.

For others, the fear prompts denial — a willful ignorance of the dangers for years until the ground starts shaking. 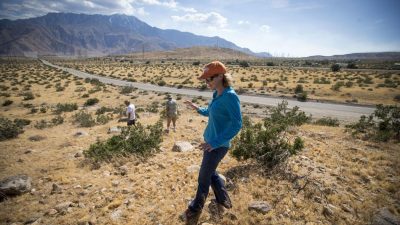 I had never stood directly on top of the San Andreas fault. Not to my knowledge, anyway, but as a California native, I’ve probably stumbled over it a time or two.

So I jumped at the chance to tour the fault with geophysicist Lucy Jones, the queen of quakes and go-to authority on why the ground keeps shaking.
Read More 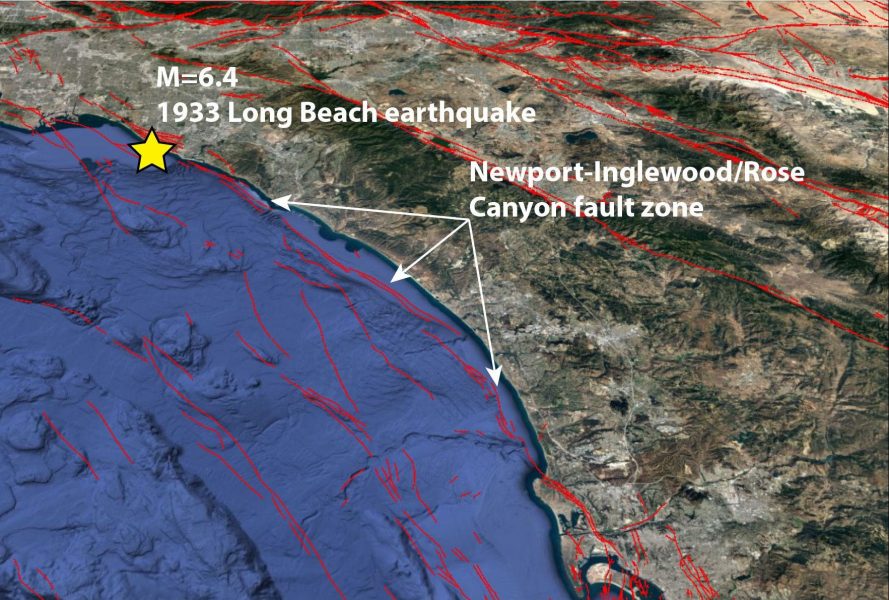 A new study by researchers at the Scripps Institution of Oceanography, the Nevada Seismological Laboratory, and USGS has revealed that the Newport-Inglewood/Rose Canyon fault zone, which extends offshore from San Diego to Los Angeles, is capable of rupturing in M=7.3+ earthquakes. Such a quake could cause significant damage to some of the most densely populated areas in California. 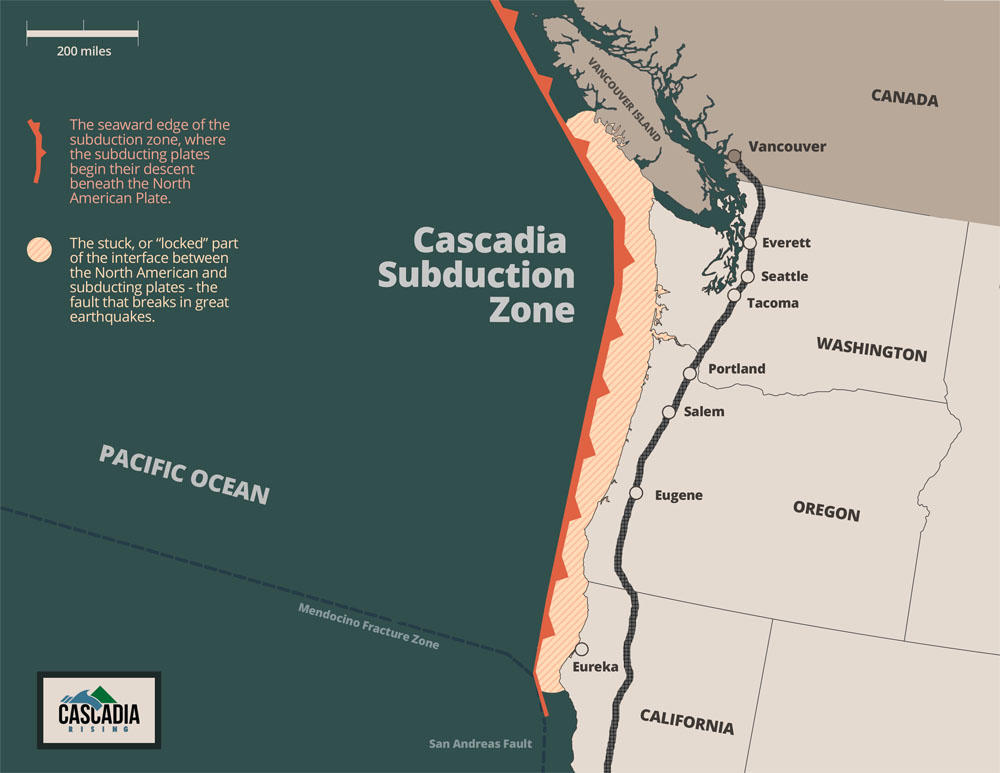 In the event of a large Cascadia Subduction Zone (CSZ) earthquake, damage will be significant, and lifelines will be cut off. Approximately 8 million people live in the earthquake damage zone, and the Seattle and Portland metro areas are home to Nike, Amazon, Boeing, and Microsoft. Therefore, preparing for a large-scale earthquake along the entire West Coast is vital.

Here’s a link to read more

We all know that the “Big One” is just around the corner. But as with all earthquakes it is unknown exactly when it will hit. Below is an excellent article from yesterday’s LA Times that shows us how close a large earthquake on the San Andreas fault is to actually happening and what could happen when it does.
Read More 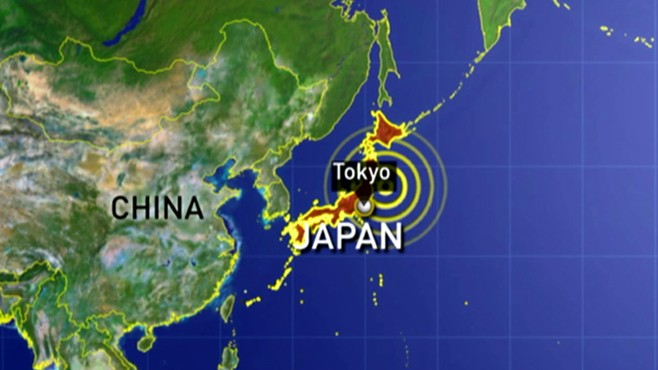